Popularly known as ‘Mr. Rabbit’ in Kenya, Moses Mutua grew up in a poor family and couldn’t further his education because his family couldn’t afford to pay for it. Although he always wanted to become a policeman, he never reached that dream. Instead he got a job as a security guard and worked at it for five years before he got fired.

Before he became Mr. Rabbit, Moses had already tried greenhouse farming, fish farming, organic farming, but settled on rabbits because they are the most lucrative domesticated animals in the world in terms of time, space utilisation and profit margins. Moses learned everything about rabbit farming from the internet (by using Google) and finally started a small rabbit farm with just six rabbits. That’s how his company, Rabbit Republic, was born.  (photo credit: nafis.go.ke)

Today, Rabbit Republic has a turnover that’s more than Sh10 million (about $100,000) and slaughters about 2,000 rabbits every month. His business has attracted investors and Moses is currently developing a five-acre farm that will breed about 30,000 rabbits. The video below shows Mr. Rabbit in action on his farm as he explains the profitability of the rabbit farming business and why more entrepreneurs should seriously consider it.

Rabbit Republic now has a network of over 1,000 rabbit farmers across Kenya who receive free training and support and in turn sell their mature rabbits to the company. This expansion has paid off as Rabbit Republic has now opened shop in neighbouring countries; Uganda and Tanzania. But that’s not all. By mid-2015, the company plans to export one ton of rabbit sausages to the US and Europe where the demand for healthy meats (like rabbits) is growing.

Mr. Rabbit wants to make Kenya a major player in the untapped global rabbit meat market. Currently, China, Italy, Spain and France are the leading producers of rabbit meat which has earned a reputation as a ‘super meat’ due to its nutritional and health benefits.

Rabbit Republic is now partnering with universities and local/international organisations to train more youths and women on rabbit farming as a means to alleviate poverty.
Charles Kamau (Kenya)

Charles started a small rabbit farm in 2004 to provide organic fertilizer for his vegetable farm. He lost his job in the hospitality industry and had to do something to feed his young family. His first attempt at raising rabbits was a disaster because he lost all his animals to diseases. Despite his frustration, he did some basic research, learned from his mistakes and started again. This time, it was a huge success and he even had to demolish part of his house to create more space for his thriving rabbit business.

Charles holding up a Flemish Giant, one of the largest rabbit breeds in the world. (Photo credit: Kenya Rabbit Network)

Charles Kamau stocks a wide range of rabbit breeds which he sells to new farmers and also slaughters rabbits which we supplies to local meat markets. His top customers include foreign nationals living in Kenya, restaurants and five-star hotels. In fact, he once got an order from China to supply a consignment of 22,000 pieces of rabbit fur but was unable to meet that huge request. This just shows how big the demand for rabbit products is.

Charles says he is now able to save more than Sh20,000 (about $220) every month from his rabbit business. The business also provides money to feed his family and pay school fees for his children who attend private schools. A few years ago, he was able to buy some plots of land in Nairobi (Kenya’s capital city) and recently bought a car and a 12-acre property where he is planning to establish a much larger rabbit farm. 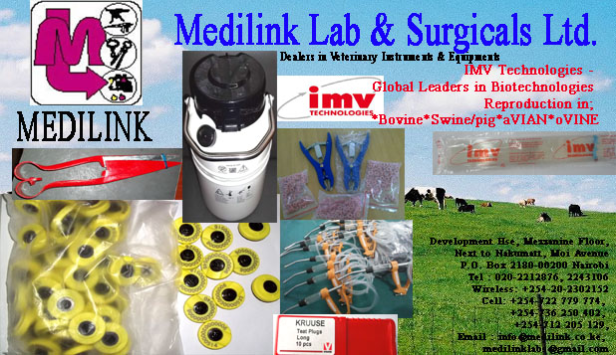