It may surprise you to know that pork (pig meat) is the most widely consumed meat in the world, followed by poultry and beef. The value of trade in pig products around the world runs into billions of dollars every year and Africa enjoys less than 5 percent of this action. China, with a fifth of the world’s population, is both the largest producer and net importer of pig products on the planet! As you will find out in this article, pig products have some of the most versatile uses on earth. Pigs probably have the highest profit potential of all farm animals because they cost little to feed and maintain, and produce much more meat than cattle, goats and sheep!

Although pig farming hasn’t really picked up in Africa like other parts of the world, a few entrepreneurs are already enjoying the lucrative benefits of this enterprise. Despite cultural and religious influences in parts of our continent that limit pork production and consumption, pig farming is growing across West, East, Central and Southern Africa. In this section, we shall share the inspiring experiences of four small-scale pig farmers in Kenya, South Africa and Uganda. Let’s meet them…

Before hitting the limelight, Anna Phosa was an unknown entrepreneur who made a livelihood from her small vegetable farming business in Soweto. She was introduced to pig farming by a close friend and instantly developed a liking for the venture. In 2004, Anna invested 1,000 Rand (about $100) to buy four pigs she used to start up her own small pig farm.

A little less than four years later (in 2008), Anna was contracted by Pick ‘n Pay, the South African supermarket and retail giant to supply its stores with 10 pigs per week. This quickly grew to 20 pigs per week shortly after. And in 2010, Anna signed a breathtaking contract with Pick ‘n Pay to supply 100 pigs over the next five years under a 25 million Rand deal (that’s nearly 2.5 million US Dollars!)

With a contract in hand, Anna received funding from ABSA Bank and USAID to buy a 350-hectare farm property. From just four pigs, her new farm now holds nearly 4,000 pigs at a time and supplies roughly 100 to 120 pigs a week to retailers in South Africa. Anna currently employs about 20 staff and has become something of a celebrity pig farmer on the continent!

In Kisii, a city located in southwest Kenya, a former and first woman mayor of that city is leading a humble but strong lead in pig farming. Clair Omanga is over 70 years old and owns a herd of 30 pigs that has now become a flourishing business. In the short video below, she shares her experience about the high margins she makes on each pig and the misleading assumptions that keep many people away from pig farming despite its huge potential to get many of her neighbours out of poverty.

Martin was a Manager with Standard Chartered Bank before he quit the job to pursue an entrepreneurial passion in pig farming. Having been raised on the proceeds of pig farming as a young boy, he decided to leave the world of suits and ties to exploit the lucrative potentials of the pig business. And his bet paid off!

Martin sells about 20 pigs every month and has gradually grown his business to a current stock of 200 pigs, which he often raises to 500 when the market demand increases. According to this Business Daily Africa article, his current total wealth – calculated from the worth of his pig stock – stands at nearly 2 million Kenyan Shillings (roughly $23,000). He plans to multiply this wealth eight fold by 2015 and believes this is possible because the demand and market for pigs is grossly undersupplied.

He received the 2011winner’s award from the President of Kenya during the Nairobi International Trade Fair as his country’s best pig breeder. That’s Martin Gachuma in the picture smiling with his trophy!

Rachel was a full-time housewife experiencing money troubles when she took a shot at pig farming. She already had a small poultry farm which she started with 100 broilers and expanded to a flock of 800 birds before she noticed that pig farming would be more profitable.

Starting with local pig breeds, Rachel saw the potential and advantages of foreign exotic breeds and eventually bought some from South Africa. These exotic breeds could grow up to a size of 300kg (compared to only 100kg for local breeds) and sold for much higher prices on the market. According to this article on the Africa-Uganda Business Travel website, Rachel says one exotic piglet sells for roughly the same price as a full grown local breed (even after feeding the local breed for seven straight months)!

From an obscure housewife a few years ago, Rachel has become a millionaire pig farmer. She has used the proceeds of her pig business to sponsor her children’s education up to university level and was one of a few farmers visited by her country’s president during a tour for an agricultural program. 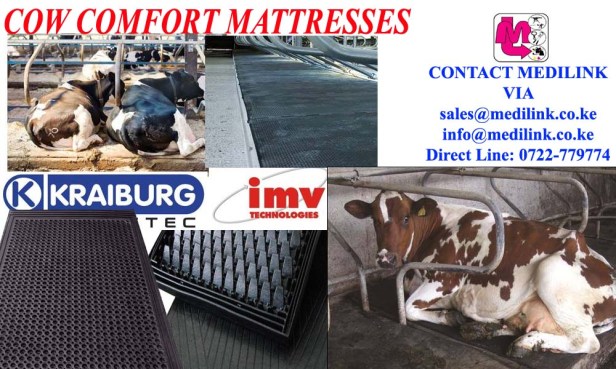 3 thoughts on “See the most successful pig farmers in Kenya, Uganda and South Africa and learn on how they made it”